Come join the Westmoreland Land Trust for an Earth Day celebration of wildflowers along the rich wooded slopes of Otto and Magdalene Ackermann Nature Preserve.  The first part of the walk is an easy stroll along Old Dirt Road Trail.  Those who wish to continue on a moderate walk can join us down the Wedding Trail for waterfalls and trilliums.  Along the floodplain of Blue Dell Run, see more flowers, and learn about recent tree and shrub plantings, and new interpretive signs.
We will practice social distancing. See https://www.cdc.gov/coronavirus/2019-ncov/daily-life-coping/visitors.html for ways to enjoy the outdoors. Stay home if you do not feel well. Stay at least 6 feet away from people you don’t live with. Wear a mask.
Everyone of all ages is welcome, and no need to register.  Attend with walking shoes that can get muddy. If you have any questions, please contact Loree Speedy at loreespeedy@gmail.com or 724-518-6022.
Directions:  To reach the reserve from points east (Greensburg/ Irwin turnpike interchange) – From Turnpike, travel US 30 WEST (toward Pgh). Travel US 30 for 4.8 miles to turn right onto Leger Road. There is a Sheetz on the left corner (but get in right lane).Turn right onto Leger Road and travel (bearing left at any Y’s) through the countryside for 2 miles. (Ignore the closed road signs as they are referring to the bridge over Brush Creek).
At the base of a hill, continue straight onto Ardara Road when Leger Road turns right.  At the top of a hill, look for the green Ackermann Nature Preserve sign on the left and park at the end of the grassy strip between two homes.  It may look like you are turning into a lawn, but you will see the kiosk at the end of grassy strip.
GPS coordinates:  40.36105, -79.74410 – The GPS directions may direct you to turn right off of US 30 before Sheetz.

I’d like to wish all of you a peaceful and productive New Year.
I’d also like to remind you that in the coming years our future
demands that we all must make well informed, conscientious
decisions in all aspects of our lives and society — decisions that take
into account their long term effect on the environment. These
decisions can only be made by people who are not only committed
to environmental responsibility, but have an understanding of the
interdependence of all living things, the need for the diversity of all
forms and all phases of life and the potential problems of
unrestrained human population growth. These decisions must be
made by people who believe we have a moral responsibility to future
generations to protect and restore the earth, its life, its
communities and its processes. These goals and commitments
must be shared, not only by all segments of our society, but by
every other nation on Earth.
However, the environmental legacy of the twentieth century is
threatened with this reality: unless we avoid some deadly pitfalls the
environmental triumphs we’ve achieved and the challenges we must
continue to address will soon be cast aside. Remember personal
survival always takes precedence. Environmental responsibility and
understanding require spiritual, moral and intellectual growth;
something that cannot occur in people that live in a world of
poverty, injustice, desperation and despair.
I spent Christmas Eve,1967, at a Marine Base in Da Nang, Viet
Nam. It was uncharacteristically somber for a Marine Base, probably
because of the holiday. Most of us tried to sleep. The marines in
the base were mostly young recruits, new to the country, waiting
for assignment. There were also some older marines returning to
their outfits.
I was no longer one of them. I was waiting for a flight to Okinawa,
then a discharge and home. I was much older, a hardened veteran,
someone who’d seen the war and returned to tell about it. But I
wasn’t talking much. I was 22.
I remember that night vividly. I couldn’t sleep. I just lay in my cot
and listened to the new marines whimper as they thought about
their limited future, the inevitability and the proximity of their
violent ends. Occasionally, one of the returning marines would
wake up and scream in terror.
I felt fear that night more deeply than I ever had before. Unlike my
companions, I was not afraid of a paralyzing, disfiguring injury or a
violent, bloody death. I had resigned myself to that months
before. I feared that with only a week or so left, that I successfully
avoided the inevitable. I would not die.
Instead I would return home and face a future that I could not
imagine, no matter how hard I tried. I would return to a family and
friends I no longer knew. I would be forced to deal with a hostile
society and my own bitterness. I would be expected to have
emotions; to make responsible decisions; to find solutions other than
attack or retreat.
When I returned home, I was not a responsible, contributing citizen.
My adjustment was long and painful.
We cannot expect people who live in fear; who live under the threat
of violence, either sanctioned by governments, or from individuals or
groups, to make decisions that consider the future and the common
good. Violence, fear, intolerance, hatred, poverty and despair are
all barriers to a sound environmental future.
I’d like to wish you peace in the new year, but instead I implore you
to aggressively pursue it.

As of December, 2020 , the club is still on hiatus because of the Covid-19 virus. We are not collecting any dues at this time. We hope all our members are well and that things get back to normal in 2021. E-mails will be sent to our mailing list when meetings start up again.

As the year draws to a close we mourn the passing of George Bercik on 29 December 2019.

George was an avid birder and longtime member of the Wissahickon Nature Club who loved the outdoors. He often joined the club on outings and, over the years, made many trips to his favorite place in the woods of Canada. In recent years as his health declined we missed him at our meetings and outings.

We send condolences to his friends and family. George’s obituary and funeral arrangements can be found at this link.

Long time member and past president, Tim Manka, passed away September 4, 2019.  He will be remembered for his love of science and nature. His stories from past park ranger jobs, boy scouts and years of teaching at Shaler High School added interest to our meetings.  He was always willing to share “treasures” from his archival library, and enjoyed partaking of the cookie table. It was a long standing Wissahickon tradition that he did an animated rendition of “The Night Before Christmas” at our annual cookie exchange meeting.   His absence at our meetings will be felt by all.

Viewing will be at Neid Funeral Home on Washington Street in Swissvale on Friday, September 27, 2019 from 2-4 pm and 6-8pm. and Saturday September 28 at 9:30 am, followed by a service.

Tim is to be named a Glacier National Park ranger posthumously!

Our condolences to his family and friends. 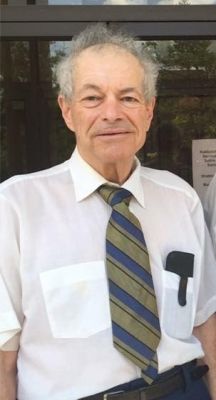 Longtime member, Joel Platt, passed away Friday, June 23, 2017. He attended many of our meetings and outings.  He was our Refreshment Chair – making sure the water was hot for coffee/tea by the time members arrived and keeping our inventory bin stocked. He was a kind and intelligent man, who will be missed by all.

Joel’s obituary may be found at http://www.schugar.com/obituaries?id=1382 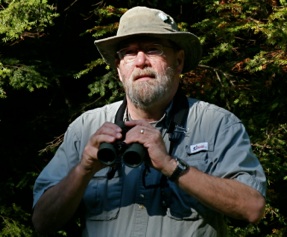 It is with deep sorrow that the Wissahickon Nature Club announces the death, on Friday June 17, 2016,  of our Past President, Chuck Tague. View the obituary from the Daytona Beach News:  http://www.legacy.com/obituaries/news-journalonline/obituary.aspx?n=charles-r-tague-chuck&pid=180427639

Sympathy cards may be mailed to his wife, Joan, at their home address: 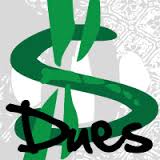 Remember, our club year starts in September and runs to the end of August. Dues for the 2014/2015 year are being accepted now.  Please bring your check to a meeting or mail to our Treasurer at 105 Lindley Lane, Pittsburgh, PA 15237.  Checks should be made payable to:  Wissahickon Nature Club.  $7 for an individual or $10 for a family. 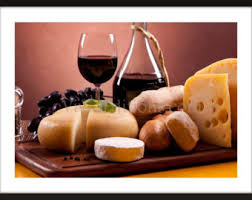 Our kick-off meeting on September 4th will be a wine and cheese reception . The club will provide the wine. Members will kindly bring hors d’oeuvres or cheese rather than desserts. Please leave a reply below to RSVP so we know how much wine to purchase.